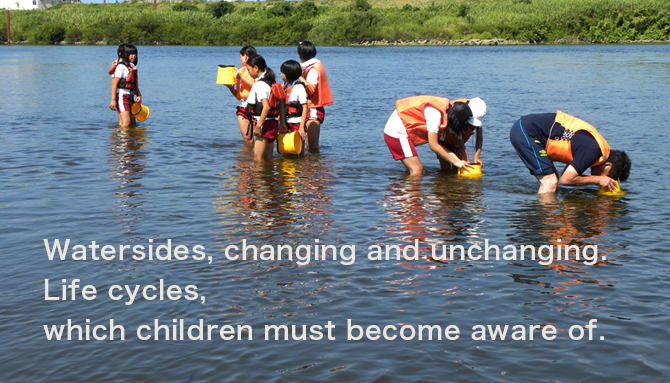 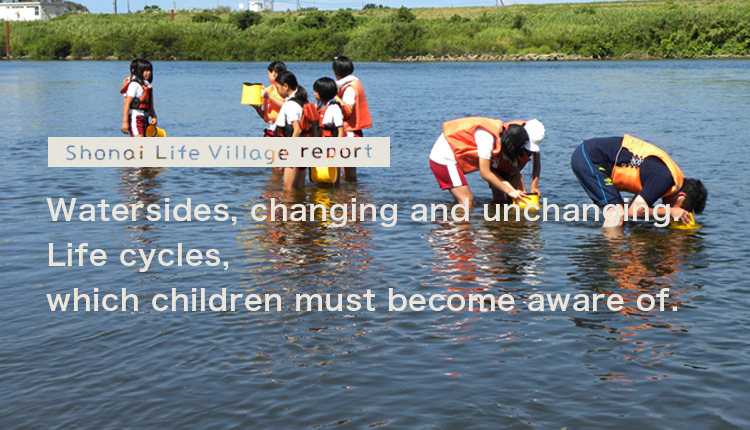 Shonai Life Village Report, Vol. 1, regarding water. In this third episode, we focus on those who devote themselves to maintaining, restoring, and handing down the nature of Shonai through the releasing of fireflies, getting rid of invasive species, and river fishing. Why do they emphasize these activities? What is their message to our future children?

28 years since releasing fireflies.
The wisdom behind the changes of watersides.

In a very short part of the early summer season, the fleeting and romantic lights become visible in the dark. Some are still and just shining, others are slowly flickering… fireflies, which only have about two weeks to live once becoming adult, use their emission of light as a communication tool to inform others where they are.
Fireflies, once a common sight, have decreased rapidly over time. Mr. Tokio Kudo, the village mayor of Shonaimachi Fushamura, has bred Luciola cruciata in his garage and released them at a local park, Futamatanosonkoen, for 28 years. “There are many reasons for the decrease of fireflies. Using pesticides in paddy fields is one of them. Farmers have to exterminate pests, like stink bugs, in order to produce good and sanitary rice. But fireflies, as insects, are killed as well. Furthermore, freshwater snails, a food source to firefly larvae, are not able to survive in paddy fields recently. Irrigation canals dug in the ground have been replaced by U-shaped ones made mostly of concrete and are gated in September, thereby disrupting the life cycle of organisms.

Needless to say, agriculture is an activity that man utilizes in managing some parts of nature in order to receive sustenance. At one point, we were in harmony with animals and plants, but our excessive development of nature eventually broke the balance. The decrease of the Thiaridae, a freshwater snail, and also fireflies, proves the fact. “Practically speaking, suspending using pesticides in paddy fields, or having unrestricted usage of water with neglect to water rights, is not an option. So that is why, though little by little, I, by myself, have bred ‘garage fireflies’ and released them,” Mr. Kudo said. This year he released 500 fireflies with the help from local schoolchildren. There is no successor to his firefly breeding, but their tiny lights may bring something to our children’s spirit. Mr. Kudo is hoping that they keep lighting up the night and are restored for good to the local scenery someday.